People from all walks of life are attracted to the appeal of feng shui, believing that it can help not only the luck they already have, but it can attract positive things presently missing from their life. Feng shui products are popular and people now offer consultations in the field and offer classes on tapping into positive feng shui elements. In fact, some universities in China have introduced feng shui into their curriculum in the fields of architecture or social sciences.

But is feng shui based on any scientific fact  - or is it mainly a series of superstitions? If people better understand the principles, perhaps it will put feng shui in the proper light and either debunk its popularity or increase it.

Those who do not understand it are perhaps quick to say it merely sounds scientific and it not worthy of serious respect or consideration. While the addition of feng shui into Chinese universities is a promising first step toward validation, it is only a small first step.

New age or spiritual groups or followers are more inclined to believe in the power of feng shui and in these cultures it has been accepted for some time, not just in China but in the United States, Russia and throughout much of Eastern Europe. Australia and Europe embrace many feng shui principles, as well.

To examine feng shui one must look to its origins, which go back more than 2000 years, in China. It began as a simple technique used in homes but its use spread to incorporate interior design and architecture. Property developers have used feng shui principles when building offices or homes and its use has spread outside China. 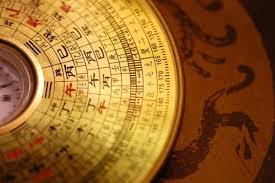 Feng shui has enjoyed mostly good coverage in the media, with newspaper and magazine articles written about it, exploring its potential for beneficial use in the home or office setting. It still remains a mystery to the average person, however, and even those who seek to dabble in the application of its techniques are often confused as to just what to do

Yet those who are serious devotees of feng shui and who make their career advising on it insist that it is a very real and technical method of harnessing and attracting energy which requires much study and technical knowledge about compass directions and design lines. These followers and practitioners insist that feng shui is very scientific in nature and often refer to these aspects to help explain their profession:

*** There is the claim that feng shui studies the physical and natural world, with attention paid to the observation and experimentation of systems pertaining to these forces of nature
***Feng shui has, in the opinion of those who professionally use it, been carefully studied using scientifically developed methods
***The argument in favor of feng shui as a scientific endeavor claims that, like science, a very systematic and well-organized documentation of knowledge exists in, for example, the field of behavorial science, and how feng shui applies to this field while fitting into the physical world of life science.

These are just three examples of what classifies as a scientific endeavor, and the examples can apply to feng shui as well, thus placing it in the scientific realm. Strong supporters of feng shui argue that it is not so very different from medicine or engineering in nature, except for the fact that there may be more hard evidence of the affects of those two fields, while “evidence” of the benefits of feng shui comes mainly from the positive endorsements from those who have used its techniques. Not strictly scientific, perhaps, but powerful and successful nonetheless.

Those who are considered Master practitioners of feng shui treat it as a scientific practice to be taken seriously and to be used with only the most accurate means possible. The sites to be treated with feng shui cures are assessed for their compass directions and their dimensions and only the most scientific measurements are acceptable. After this, additional layers of knowledge and belief are applied but, they argue, it begins with technical measurements.

Feng shui principles have been developed and refined over a period of more than two thousand years. The belief and the techniques were once only the property of the ruling class – the court of Imperial China and its scientists and meteorologists. At that time, meteorologists were expert in much more than weather and nature. They studied medicine, geomancy, astrology and even more esoteric fields.

As time went on, the generations that followed were passed the information from their ancestors and eventually feng shui expanded far beyond royalty and reached outside China to encompass the modern world.

Hard-core traditionalists in the field of feng shui stay strong in the original principles of feng shui, while staying away from the more modern influences that have invaded the field, for better or worse. These traditionalists shy away from the input from New Age cultures or any other spiritual field that may be more progressive or colorful in nature. They cling to the technical knowledge that was at the origin of feng shui. More progressive practitioners, however, embrace all techniques, old and young. They believe that in the spirit of the I Ching all knowledge evolves with the times. 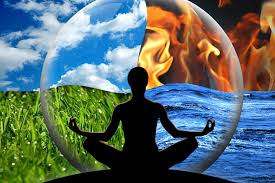 science or a sprinkling of something less mathematical or technical. They only care that it works. It provides balance and success, and it offers protection and power.

As with any profession, however, there are those who are not as precise in their techniques and they may muddy the waters and affect the impression feng shui plays in the world, since the lack of discipline and knowledge is bound to affect the outcome of the technique. Some totally disregard symbolism, while others ignore time changes. It is argued that a healthy combination of pure science and spiritual faith is most beneficial, while going too far outside the feng shui “box” is not effective. But it is believed that the same can be said of any profession once changes begin happening.

It is argued that even modern science is less rigid as it once was, affected by the onslaught of variables at work in the world today, affecting the environment, the weather, time and space. This applies to feng shui as well, at times making it difficult to precisely pinpoint the proper place for chi energy to be activated.  This is all the more reason to liken feng shui to science but also to realize that only the most professional and proven techniques must be at its core.

Traditional feng shui rarely mentioned some of the more modern “cures” used to impact one’s life and potential for success. There is little mentioned in old texts about what are common objects used in feng shui today. These are items such as wind chimes, mirrors, charms or statues of deities. These objects have gradually found their way into practice, many times with impressive anecdotes claiming their success.

The original feng shui principles focused on such things as the world’s energy and the five elements that rule it: earth, fire, wood, metal and water. These principles are still very prominent today but have been expanded to include the many cures that are thought to activate them, adapting to an ever-changing amount of supplies at our disposal. Because an object belongs in this more modern world does not mean it does not have the capacity to apply to the traditional elements of feng shui. 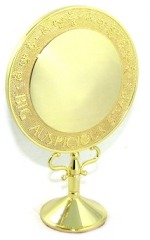 A mirror, for example, in the strictest of terms, was not available in the very earliest days of feng shui, yet  today, mirrors are popular to attract and enhance luck. Some strict traditionalists or doubters point to this as a sign that feng shui is a New Age gimmick. However, in truth, in ancient times pieces of polished brass – representing the element of metal – were indeed used as cures and methods of treating negative energy. These are thought to be forerunners to mirrors. Today, the shininess of mirrors is used and still some feng shui mirrors also incorporate brass, a throwback to earlier days.

Rather than spending so much time debating whether feng shui is strictly a science or something else instead, believers point to the fact that the entire purpose of feng shui is to return a meaningful and natural balance to one’s chi or energy. The benefits of this balance and the improvement it can bring to love, health, career and strength are thought to far outweigh any discussion of whether pure science is at work or whether instead a combination of science and something more nature-based is being used.

There is still much serious work that goes into determining the best feng shui treatment. Compass directions are carefully studied. The exact placement of a remedy is determined using knowledge from centuries ago while also incorporating the art of astrology and modern-day spiritual practices. In the end, it is argued, what matters is the comfort and protection offered by feng shui. How, precisely, the “prescription” for that comfort and protection is derived matters more to skeptics than to those who swear by the benefits they have received. Devotees of feng shui seem to await the day when more people will open their minds to the possibility and desirability of something greater than what they already have, and they will seek the purely well-intentioned benefits that feng shui offers.

Three Lions On Drums
US$269.88
Categories